I know, we're not even into the double digit days of January. Surely it's far too early to talk about Spring? Well apparently not. I took these pictures in my father's garden yesterday morning.

I have no idea what this bush is but it burst into flower sometime between Boxing Day and yesterday, 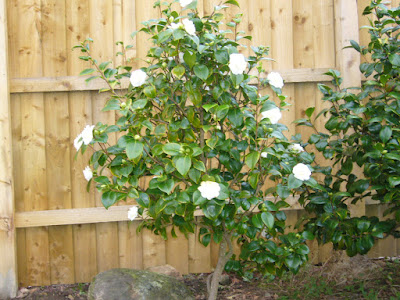 while these are a bit of a cheat. I moved them from another area of the garden in October and expected them to die back but they've kept flowering. I was impressed because where they are now gets the chill wind off the North Sea and has no shelter except the top layer of bricks. 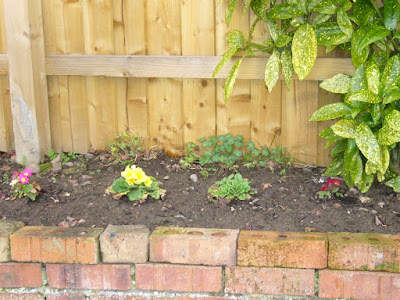 And Snowdrops. Some of them are already showing buds, and at the front left is a solitary Daffodil making itself visible. How that got there I don't know but I love the idea that as things get moved and 'tidied' the odd volunteer bulb goes along for the ride and starts a new colony. 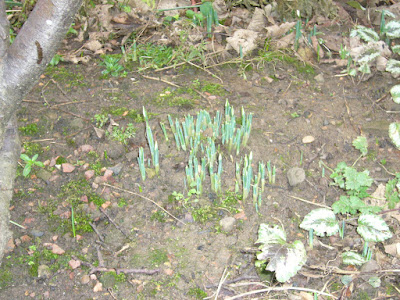 All of which is a lead in to "Arrival of Spring".
This was the second class I took during our visit to Houston. 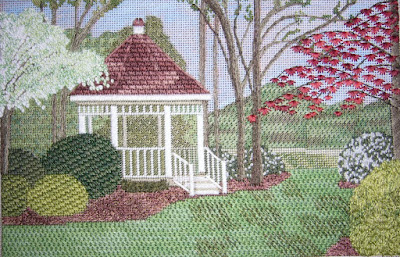 "Arrival of Spring" is a Gail T Stafford design worked on Congress cloth using DMC, Gentle Art, Weeks Dye Works and Threadworx threads, Cashmere Stitch, Nobuko and many other stitches, including many, many French Knots.
This is not the style of piece I would design myself, which was one reason for taking the class. It's good to step out of your comfort zone occasionally and having taken a class with Gail a few years ago, I knew it would make me do that.
The sky is painted, not stitched, which was a 'fear' challenge - paint the sky without getting paint in the wrong places, onto your hands or (disaster) onto your kilt. It was easier than I expected, and fun.
The picture really doesn't do the design justice. The shades of green and the stitches used give a real three dimensional feel to it.

It took me 60 hours to complete this, and  I enjoyed almost every minute of it.